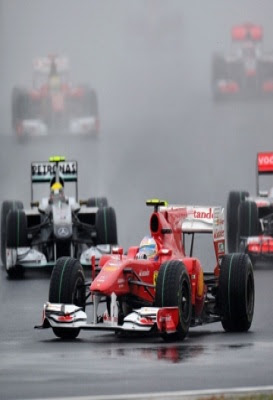 Rejecting Democrats in 2010: AT
Clinton tried to get Meek out of FL-SEN race.: RedState
Those ill-informed, extremist, violent Democrat politicans: RWN

It doesn't get any warmist-crazier than this: CBullitt
Enviroweenies Want To Control Land And Sea Through ‘Biodiversity’: RWN
“Avatar” Sequels Promise To Recruit More Eco-Terrorists: RWN

You Just Might Be a Marxist: PJM
Soros, the Media and Collapse of the Left: AT
New Obama Bio Goes Comically Awry: Cashill

One Afternoon In the Office of the Most Powerful Man On Earth: IowaHawk
A Robot Theater Presentation: Arguing With Lefties: NiceDeb
Separated at Birth?: WZ

Regarding the link about Obama's lie of stopping the 2nd GREAT DEPRESSION - seems like he almost caused it instead.

However, in this same regard, today they broke into the news with a DESPERATE Obama press update over the latest "man made disaster" threat, with Obama saying "i", "i", "i", trying to take credit for the latest TERRORIST bust.

Funny, Obama and his Administration tried to tell us the Muslim Radical Terrorism wasn't real, it was merely a political tool exploited by Republicans.

Also, Democratic Partisans claimed that once we got rid of GW, and elected a Democrat, the world would love us, and Terrorism would simply go away - PEACE would cover the world.

With these Democrats, this actually sounds a little manufactured. Not the terrorist threat, just that he was not surprisingly at the White HOUSE today for this press conference. Not a shock, to see Obama make note of this latest Terrorist effort being investigated, when it took him WEEKS to address it when a bomber tried to blow up a plane over Christmas.

This is how pathetic Democrats have become, utterly untrustworthy. I bet MILLIONS today are curious if there is a connection between this Obama Press brief, and the Elections, over a subject which Democrats said was a mere law enforcement matter.