Suspicious packages discovered in Dubai and England in air cargo shipments to the U.S. contained explosive materials and appeared headed for Jewish places of worship in Chicago... 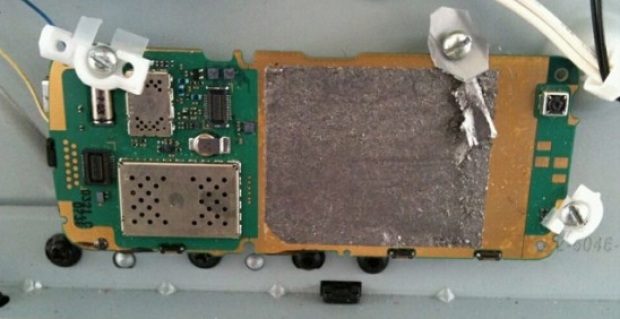 ...The Yemen-based Al Qaeda in the Arabian Peninsula is suspected, and U.S. officials told the Associated Press that the chemical used, PETN, was also used in the failed Christmas Day airline bombing that was tied to the same group.

Ibrahim Hooper, spokesman for the front group CAIR, blamed militant Quakers and warned against profiling innocent Muslims who may or may not have been affiliated with Hamas, Hezbollah or other humanitarian aid groups. 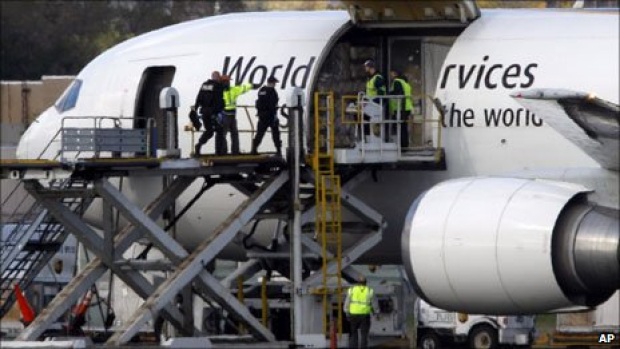 Meanwhile, let's chalk up another victory for SmartPower™.

So well said, this is what the Obama Administration is reaping in return for all their bending over?

Democrats actually said, that if we no longer have GW Bush, the TERRORISM will go away.

They must have said that so many times, they actually believed it.

As if the election of a Democrat ever provided peace...

But even worse, wait until we find out this is even related to IRAN?

Or do we know this already, but are still playing coy - appeasing a Monster for the sake of a Democratic Partisan narrative that is pure fiction?

And all of this was offered in a very strange manner today, having a President do the Press Briefing, not a Homeland Security Secretary? And was it wise to tip off the BUST to the whole world? Not keep this secret to one's advantage?

It all smells of overt political exploitation. But then again, that cynicism is a product of a response to the ugly Partisan garbage the Democrats have provided with us for years now. IT is simply impossible to trust them, and it is their own doing.

Obama in his two years, along with Pelosi and Reid's four, have shown they will say and do anything - even exploit National Security.

Eh, can you say "one term wonder"?