Deroy Murdock nails it. He presents three jaw-dropping illustrations that should infuriate every taxpayer in America.

Number 3: Who got stimulated by the Stimulus bill?

This graph’s whiff of Marie Antoinette should boil every patriot’s blood. While the American people live increasingly ascetic lives, and even city halls and statehouses have displayed some restraint, Washington, D.C., increasingly resembles Versailles — an out-of-touch, extravagant, and callous place that fuels little beyond the nation’s disgust, fury, and organized rebellion.

Number 2: The rich (by that I mean: the public sector workers) get richer. 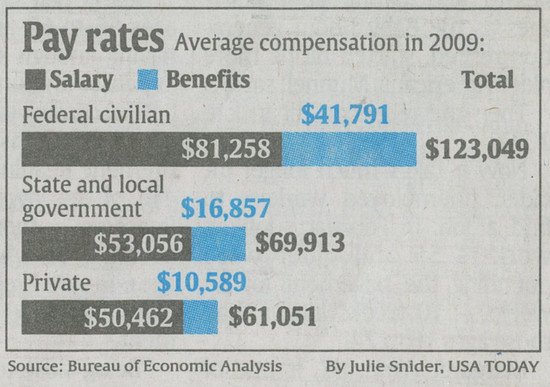 Number 1: This is your brain on Obamacare. 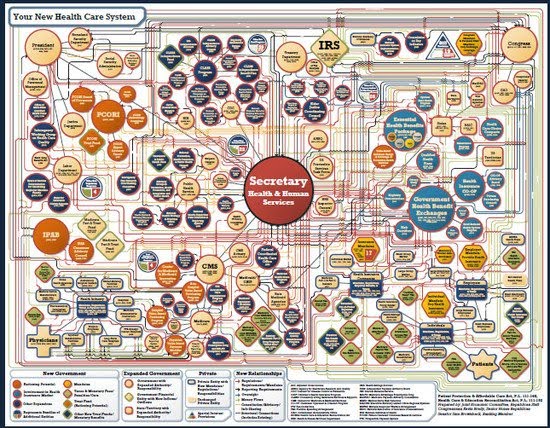 Staff members at the Congressional Joint Economic Committee “spent four months, night and day, and weekends” assembling this amazing graphic, Rep. Kevin Brady (R., Texas) tells me by phone. “They vetted it based on all 2,801 pages of the Obamacare legislation. They captured this new law’s stunningly complexity... "

[But the JEC] personnel could not fit all of this new law’s boards, commissions, mandates, and other elements onto this chart, [therefore] 151 additional items within Obamacare do not appear individually on this diagram. As Representative Brady explains, "If we included all of these units, this chart would be three times larger."

...The JEC’s 25-megabyte creation is difficult to transmit via email. However, a convenient link opens a PDF that allows readers to zoom in and explore this chart in amazing and shocking detail...

Even those who believe that government actively should heal the American people must wonder if that goal really required something this staggeringly convoluted.

Read the whole thing. And forward the link today to your entire mailing list. The time for action grows very short indeed.