Doug Powers, writing at Michelle Malkin's site, wins today's prize of three cans of old paint from my garage for his "Turnout for Bill Clinton’s Detroit Rally: It Depends on What Your Definition of 'Anemic' Is."

It’s certainly not a good sign, at least for 20-point-down governor wannabe Virg Bernero here in Michigan, when you have a rally in a high school gym featuring a former president in a city that allegedly loves him — a week before a major election — and the turnout is horrendous... "While the crowd hoisted signs that stated Virg Surge,' the turnout at the rally was anemic. More than 500 people came to the rally, but the gym at Renaissance High School was only about one-third full, even though Clinton used to command full houses wherever he went, especially in Detroit.

Fortunately, Cub Reporter Biff Spackle was able to smuggle a shot out of the huge rally: 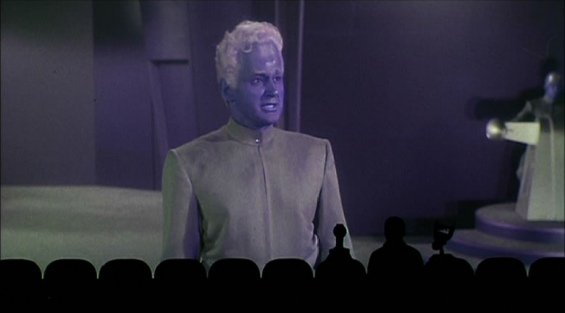 The full measure of Clinton's legacy is best described as an oral history.

at 10:17 PM
Email ThisBlogThis!Share to TwitterShare to FacebookShare to Pinterest
Labels: Democrats, MSM

My respect for Malkin grows anew.

Bill Clinton and Hillary 'the dodger sniper' Rodham, were co-partners who lied about the genocide in Rwanda, turned down taking Osama into custody twice, appeased Arafat - North Korea, gave the American Public the biggest tax increase in Our Memory, tried to Nationalize Health Care behind closed doors, treated Radical Islamic Terrorism as a mere law enforcement matter after the first bombing of the WTC in 1993, etc.

That is the Disastrous Democratic Party in a nutshell. EVERY thing they do seems utterly wrong. EVERYTHING.

And now, we know, their idea of Deficit Reduction is more taxation, with more Partisan Spending.

Mystery Science Theater 3000 --they should do political commentaries!