Party of Locusts: a Roundup of Fiscal Destruction Wrought by Democrats in Their Awesome Utopias of California, Illinois and New York

Rhetorical question: Why aren't Democrats running on their accomplishments? 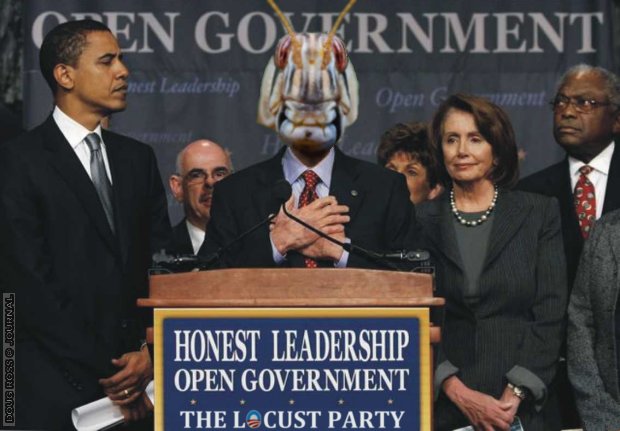 And they have now controlled Congress for four long years. The nation is trembling. 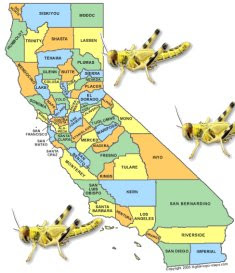 California's now-resolved $19 billion budget shortfall got plenty of attention in recent months, but a state report released Wednesday highlights the state's other massive deficit - in the unemployment insurance fund, which will be $10.3 billion in the hole by year's end.

The report by the nonpartisan Legislative Analyst's Office warns of dire consequences if California's leaders do not tackle the fund's insolvency: The federal government could impose steep taxes on California businesses beginning in 2012, and the state could lose $400 million in federal dollars annually.

The deficit is the result of the state paying out more in unemployment benefits than it collects. The shortfall is offset by federal loans, but the state must begin paying interest on those loans next year.

The report warns that the only way for the crisis to be resolved without drastic change, such as tax increases, is for the state's unemployment rate to drop to 4 percent - a near impossibility...

Illinois: 'Illinois' financial situation is worse than any other state in the country' 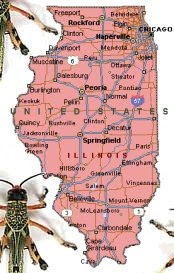 Illinois' financial situation is worse than any other state in the country according to a study by the National Conference of State Legislatures. The state ended Fiscal Year 2010 in worse shape than any other state (the state’s general fund balance was the lowest it has ever been at negative $4.7 billion) and the state's budget situation has been called "tenuous at best."

...State employee layoffs are not part of the plan due to a deal earlier this year in which the AFSCME agreed to defer part of its scheduled pay raises in exchange for a guarantee of no layoffs or facility closures through June 30, 2011. The study by the National Conference of State Legislatures reported in its study that the state plans to boost spending for FY2010 by 15.1%.

New York: State faces budget gaps of $37B in next three years 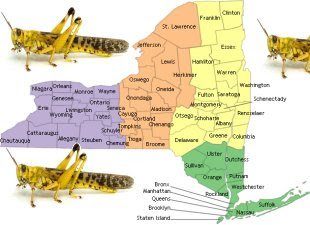 The state faces budget gaps of at least $37 billion over the next three years, and state spending is far outpacing revenue.

County and city governments are proposing budgets with layoffs and service cuts — on top of the ones they've already made. Upstate is suffering from population losses, struggling urban cores and a dwindling manufacturing base.

Meanwhile, the cost of living in New York continues to rise, putting further strain on its population and economic base. The Tax Foundation last month showed that Monroe County has the highest percentage of taxes paid compared with home values in the country...

Oh man, I love a good word-picture that creates the emotional tie-in for the left side of the brain. This will leave a mark. Well done!

Priority and focus on defeating the Democrats...

Now, what the heck is this fool up to?

"Mike Huckabee has blasted Karl Rove and the "Republican Party establishment" for the "elitism" and "country club attitude" that he claims has driven Republican criticism of Christine O'Donnell."

This is the FASHION which is decidedly not Conservative, which is weakening our own, taking away the needed focus for offering an historic rebuke to the Democratic Partisan DISASTER.

Huckabee, much like Noonan recently, plays the game to manipulate a FASHION in the Conservative Arena.

Huckabee spent and taxed more then Slick Willy did in their tenures in ARK, his PARDONGATE fiasco of letting anyone walk out of prison is a nightmare. Huckabee actually wanted to give Illegal Immigrant Adults a taxpayer funded Education. Hello? And Huckabee even played a Maverick game with the defense of the USA in terms of the GWOT during that last Primary. Huckabee also worked to unethically aid McCain gain the Nomination, and even after that could not come in Second - after Romney respectfully bowed out for the sake of the Party and the Nation.

Huckabee is a player, and many are playing the 'IMAGE' - 'IDENTITY' game, with an ugly distortion of the Republican Party. Huckabee plays 'populism' here, claiming a secret cabal is hiding within the GOP, conspiring in the worst manner. It is rubbish.

He does have a lot in common with O'Donnell, neither were honest about their education.

There are a lot of players, exploiting a fine Conservative response to the ugly Democrats in the form of the TEA Party Protests (which I participated in), including the TEA Party Express, the Palin Hockey Mom Franchise, etc.

In this case Huckabee actually sounds as delusional and mindless as a nutty blogger named Reihl.

The reality is, we will win because of the huge exodus of INDEPENDENTS to the Republican side this NOV - despite of a number of bad choices by the Tea Party Express.

It has no reference to the admirable endeavor of trying to promote the best, most sound, most serious Conservative Candidates. However, this FASHIONABLE nonsense is a weak one - enabling the opposite. It promotes the division of the good side of history, for an advancement of some who are really greedy. Anyone who talks in such a dishonest - overt manner about the likes of Rove, the GOP, the former Bush Administration, etc., (just like NOONAN recently tried), is simply not a Conservative.

They are not trustworthy, and are seeking to profit for themselves - for the RECORD says otherwise. Many Conservative Pundits have enabled this folly, this fashionable distortion of reality. It is truly sad.

The truth is Conservatism, not this fashionable folly. And a real Conservative would realize the Voters are turning back to the GOP, because the offering was simply far more admirable as compared to this Democratic Partisan mess.

We must be honest with ourselves in terms of strategy. We must realize electing any and every GOP Candidate to Public Office this NOV is essential. So-called Establishment, RINO, etc., or not, we are lost if we do not empower the check against this disastrous Democratic Party in power. Then, one better become truly honest about the weak O'Donnell Candidacy - to never let that happen again. We must never GIVE anything to this disastrous-oppressive Democratic Party again, or we will pay for it, just like we have since we gave the Speaker to Nancy in 2006.

Doug- you have to be enjoying the cannibalism going on right now with the Democrats. As the above commentator points out above Republicans should heed the self destruction from their pals across the aisle. Republicans failures in this election cycle will come from within. We can gain everything we want if we are focused on our priorities. Locusts will eat their own. http://www.eurekalert.org/pub_releases/2008-05/pu-wbl050808.php