Reason #711 to Vote Republican In November: Steve Driehaus (D-OH) may be driving a school bus, but this time his name won't be on the sample ballot he's handing out to schoolkids.

Three van loads of Hughes High students were taken last week – during school hours – to vote and given sample ballots only for Democratic candidates and then taken for ice cream, a Monday lawsuit alleges... 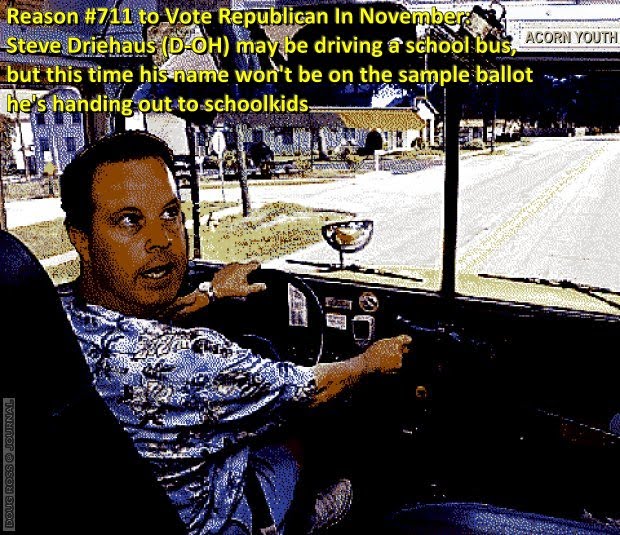 The suit alleges three van loads of Hughes High students arrived at the Downtown Board of Elections offices at 1 p.m. Wednesday, supervised by a school employee. School lets out at 3:15 p.m.

When they got out of the vans, the students, the suit alleges, also were accompanied by adults who appeared to be campaign workers or supporters for U.S. Rep. Steve Driehaus, D-West Price Hill, the congressman being challenged this fall by Steve Chabot. When the students got out of the vans, the suit alleges they were given sample ballots containing only Democratic candidates...