Defying the electorate once again, Democrats plan to nuke the filibuster in January no matter how badly they are rebuked in the midterms

Sleaze is as sleaze does.

Not content with defying the will of the people for two years straight; not convinced by the tsunami of anti-Democrat voter turnout promised for early next week; Democrats again intend to disregard "the consent of the governed" by destroying the filibuster as the Senate opens for business in January.

Democrats are intensifying efforts to relax Senate rules that require a 60-vote “supermajority” to pass legislation as the party plans for a loss of seats in next week’s midterm elections... A number of senators and their staff are considering different ways to end or at least modify the filibuster... 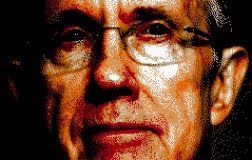 For more than 100 years, senators have held up legislation... Some are calling for Joe Biden, the vice-president, to invoke his power as president of the Senate to call a vote on a rule change at the start of the new Congress in January.

Such a vote – which would need only 51 of the 100 senators to support it – could swap the 60-vote supermajority needed to end a filibuster for a simple majority or a compromise option.

“There will be a vote one way or another,” said Tom Udall, a Democratic senator from New Mexico. “Every day I think we gain momentum.”

Known as the “nuclear option” – or the “constitutional option” to its advocates – such a vote would be an incendiary move from the Obama administration and would be fiercely opposed by most Republicans and, potentially, some Democrats. 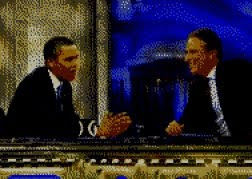 On The Daily Show Wednesday night, President Obama also expressed his desire to kill the filibuster, stating that it was "going to have to be fixed".

Fixed. Which means killed. Kind of like the American health care system.

The end always justifies the means with the modern National Social Democrat Party. Which is why you must rally your family, friends, neighbors and colleagues to the polls on Tuesday.