How George W. Bush Destroyed the Economy In Only Eight Short Years

The conventional wisdom among the denizens of the left is that George W. Bush took a surplus and destroyed the economy in only eight short years. The following illustrated story shows just how he pulled off this difficult task. 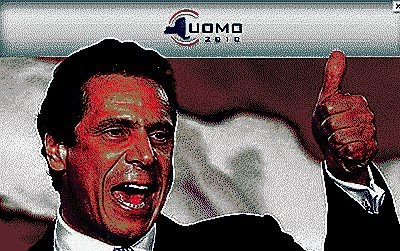 In 1997 President Clinton's HUD secretary, a man named Andrew Cuomo, claimed Fannie Mae had exhibited "racial discrimination" and proposed that 50 percent of the GSEs' (Fannie and Freddie) mortgage loan portfolio be made up of loans to low- and moderate-income borrowers by 2001. 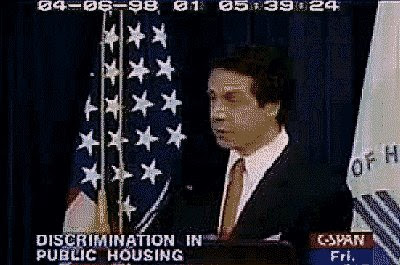 In August of 2008, Wayne Barrett at the Village Voice wrote, "[Clinton appointee] Andrew Cuomo... made a series of decisions between 1997 and 2001 that gave birth to the country's current crisis. He took actions that... helped plunge Fannie and Freddie into the subprime markets without putting in place the means to monitor their increasingly risky investments. He turned the Federal Housing Administration...into a sweetheart lender with sky-high loan ceilings and no money down, and he legalized what a federal judge has branded 'kickbacks' to brokers that have fueled the sale of overpriced and unsupportable loans."

At the time, Cuomo said "GSE presence in the subprime market could be of significant benefit to lower-income families, minorities, and families living in underserved areas." 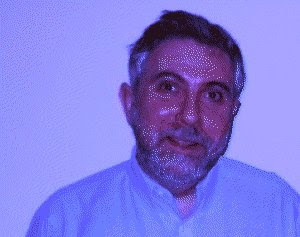 As the housing market unravelled thanks to these policies, even The New York Times' Paul Krugman admitted that, "homeownership isn't for everyone," adding that "as many as 10 million of the new buyers are stuck now with negative home equity... So many others have gone through foreclosure that there's been a net loss in home ownership since 1998." 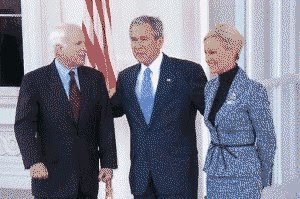 For example, Richard Banker opened testimony on October 6, 2004 in the House Subcommittee on Capital Markets, Insurance, and Government Sponsored Enterprises with an almost unbelievable summary of a report entitled, "Allegations of accounting and Management Failure at Fannie Mae."

"[This] is indeed a very troubling report... it is a report of extraordinary importance [to] the taxpayers of this country who would pay the cost of cleanup. ....[the report questions] the validity of previously reported financial results, the adequacy of regulatory capital, the quality of management supervision, and the overall safety and soundness of the Enterprise..."

"We all know that the Enterprise is very thinly capitalized, but the potential effect of requiring a responsible capital level would be to adversely affect earnings per share, and consequently make the payment of bonuses [to Fannie executives] much less likely...

...I also wish to inform members of the Committee of another troubling incident... About a year ago, I corresponded with the Director’s office making inquiry about the levels of executive compensation at the enterprise for the top twenty executives...

...Now I understand why the Enterprise [Fannie Mae] was so anxious not to have public disclosure of compensation of an entity that was created by the Congress, and supported by the taxpayer... As a direct result of abhorrent accounting practices, executives have been able to award themselves bonuses they did not earn and did not deserve." 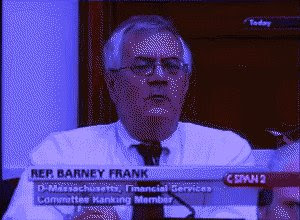 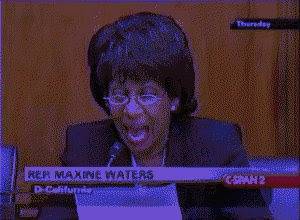 Rep. Maxine Waters (D-CA): "I have sat through nearly a dozen hearings where, frankly, we were trying to fix something that wasn't broke. [sic] ...These GSEs have more than adequate capital for the business they are in: providing affordable housing. As I mentioned, we should not be making radical or fundamental change... If there is anything to fix or improve, it is the [regulators]." 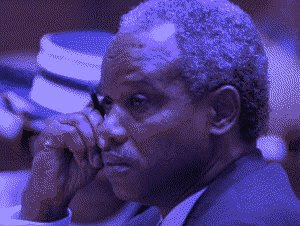 Rep. David Scott (D-GA): "...affordable housing goals for both Freddie Mac and Fannie Mae require that 50 percent of units should be built for low-and moderate-income home buyers, and 20 percent for very low-income families... Yet, from 1998 to 2002, African-American home ownership rates only rose from 45.6 percent to 47.3 percent, less than 2 percent compared with the white average increase from 72 percent to 74.5 percent, huge gap remains. Clearly, the mission of Freddie Mac, and especially Fannie Mae, is to close that gap..." 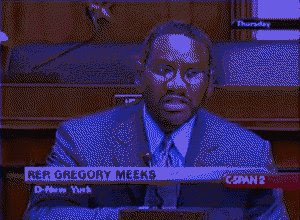 Rep. Gregory Meeks (D-NY): "...I have to go to another hearing, I will try to be just real quick... I am just pissed off at [the regulator] because if it wasn't for you I don't think that we would be here in the first place. ...we are faced with is maybe some individuals who wanted to do away with GSEs in the first place, you have given them an excuse to try to have this forum [to change the] mission of what the GSEs had, which they have done a tremendous job... There has been nothing that was indicated is wrong, you know, with Fannie Mae... The question that then presents is the competence that your agency has with reference to deciding and regulating these GSEs."

Franklin Raines, former Clinton official and then-Chairman and CEO of Fannie Mae: "...In 1994, we launched our trillion-dollar commitment, a pledge to provide $1 trillion in financing for 10 million underserved families before the decade was over... In 2000... we launched a redoubled new pledge... to provide $2 trillion for 18 million underserved families before this decade is over. ...we are one of the best capitalized financial institutions in the world, when compared to the risk of our business... ...these assets are so riskless that their capital for holding them should be under 2 percent." 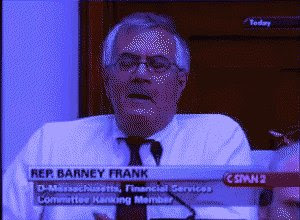 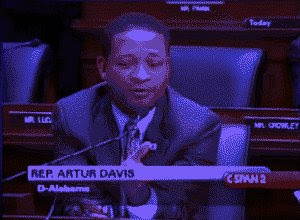 Rep. Artur Davis (D-AL): "A concern that I have... is you are making very specific... broad and categorical judgment about the management of this institution, about the willfulness of practices that may or may not be in controversy. You have imputed various motives to the people running the organization... That sounds to me as if you have gone from being a dispassionate regulator to someone who is very much involved and has a stake in this controversy... And I will follow up on Ms. Waters's point because I think it is very well taken: Her observation is that the political context surrounding your investigation was that serious doubts were being raised about OFHEO... In fact, frankly, doubts were raised about your leadership of OFHEO. And all of a sudden, the response to that is to produce an enormously critical report." 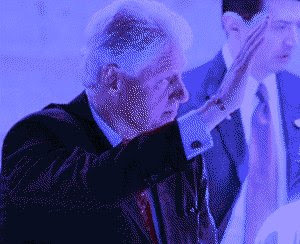 Late in 2008, even ex-President Clinton admitted that the Democrats were guilty of destroying Fannie and Freddie... and responsible for the current crisis that has left the entire U.S. economy on the brink of depression: "I think that the responsibility that the Democrats have may rest more in resisting any efforts by the Republicans and the Congress or by me when I was President to put some standards and tighten up a little on Fannie Mae and Freddie Mac."

And who were the top recipients of Fannie Mae's money-dispensing leaf-blower? The top three were Chris Dodd (D-CT), Barack Obama (D-IL) and John Kerry (D-MA).

And where are these Fannie Mae executives -- all former Clinton administration officials -- now? Are they serving time in prison as they likely deserve? No. They're enjoying their riches: These Democrat crony capitalists -- and their friends in Congress -- greased each others' palms in a series of scandals, accounting frauds, and skulduggery that would make Bernie Madoff blush. When Fannie Mae and Freddie Mac collapsed thanks to their actions, AIG and Lehman Brothers soon followed, their portfolios undergirded by investments in the "ultra-safe" GSEs.

More importantly, the conventional wisdom among liberals -- the dishonest talking points -- are completely and utterly wrong. That is, if you rely upon history, facts, logic and reason. Which appears to be a stretch for many liberals.

No matter your political affiliation, if you value the truth you will vote next Tuesday to fire these Democrats, these career politicians who destroy everything they touch.

Excellent summary, thanks for getting my blood pressure up again.

Krugman, Mark Thoma, et al continue to peddle the line that Fannie and Freddie had nothing to do with the meltdown, mostly with intellectual sleight of hand. The claim is that Fannie and Freddie were not pushing subprimes at the height of the crisis, therefore they are off the hook. It's very dishonest on the part of these hacks.

Secondly, I have to give some points to Artur Davis, who to my knowledge is the only Democrat to admit culpability in retrospect. This quote is from Oct 2008, when he was quoted on Hannity and Colmes:

"Like a lot of my Democratic colleagues, I was too slow to appreciate the recklessness of Fannie Mae and Freddie Mac. I defended their efforts to encourage affordable homeownership, when in retrospect I should have heeded the concerns raised by their regulator in 2004. Frankly, I wish my Democratic colleagues would admit that when it comes to Fannie and Freddie, we were wrong. By the way, I wish my Republican colleagues would admit that they missed the early warning signs that Wall Street deregulation was overheating the securities market and promoting dangerously lax lending practices. When it comes to the debacle in our capital markets, there is much blame to go around for both sides."

At least there is one principled Dem in there.

Spot on for identifying the Dems responsibility. Too bad the congressional Reps bought into Bush's big spending ways and pushed the budget to the edge of the cliff the Dems have since jumped off of.

> From 2001 to 2008, the Bush administration tried more than 18 times to bring Fannie and Freddie under heel.

But why didn't they? I'm on your side, but I want to tell my liberal friends why those 'Acts' or Bills did not pass committee, especially with the Republicans in control of congress at the time. Thanks.
Doug B.

GOP only had control of congress for four years during Bush era. 01-02 (Jim Jeffords defection was GOP) and 07-08 (Pelosi/Reid) Dems were in control.

Threats of the filibuster and media-fueled accusations of racism in campaign ads were the fears by the GOP.

Oh please. Why not stop rooting for your team and recognize that the whole system is corrupt and no amount of Repulicans in the house or senate are going to fix the problem?

Keep generalizing and summating your way along if it makes you feel better, but you need to dig a little deeper if you want to actually help anyone who isn't worth more than a few million dollars in this country.

Love how you overlook the ramifications of a war economy, reduction in the tax base and record spending.....you speak with forked (and angry) tongue, my friend.

You gave a great summary. I like how blunt and honest you are, but i don't agree with you.

I agree with pretty much everything Midloo said in the sixth comment.

The whole system is corrupt and no amount of Republicans in the house or senate are going to fix the problem.

@Brad -- no one is talking about "Republicans" doing it.

Constitutional conservatives will do it.

The Framers had it right.

They wanted to limit the power of the federal government to prevent overreaches of the sort Democrats love to engage.

That is why we must return to the rule of law.

George W. had a solid majority in both houses of congress from 2001 to 2006...so, why couldn't he have done what he wanted to re. these things? Where is the evidence that congress turned him down? phil.hersey@yahoo.com

First off, the GOP had both Houses for only four years and never had a filibuster-proof majority. 2001-2002 saw (thanks to Jim Jeffords, remember him) the Dems take control of the Senate.

The testimony makes it clear what happened:

Net net: there was no way to overcome the Countrywide cronies of Dodd and Frank.

They were too powerful to overcome.