The NRSC is officially an anachronism 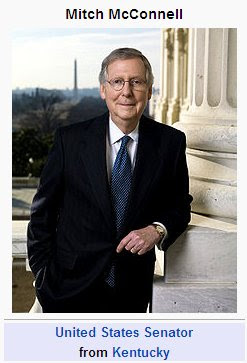 The National Republican Senatorial Committee lost its way long ago. Its leader John Cornyn, admirable in many respects, appears to have lost his bearings. Senate Minority Leader Mitch McConnell, likewise, has a broken rudder.

Consider: despite the tens of millions of grassroots voices begging for adherence to the Constitution, the NRSC missed the memo.

The American people are rising up. They are rebelling against the counter-revolution which is destroying the foundations of our country.

The Tea Party movement is converting Democrats and independents into advocates for limited, fiscally responsible government. It has supercharged the Republican Party by spurning the unprincipled false moderation of "going along to get along".

Yet in spite of this tidal wave, the NRSC supported the abysmal Charlie Crist. The pathetic Mike Castle. The egregious Lisa Murkowski. In race after race, the NRSC backed the wrong horse. The weak horse.

And what did those horses do after their ignominious defeats? Instead of exhibiting class, they turned tail from the GOP and -- essentially -- transformed themselves into weak-kneed Marxist Democrats. 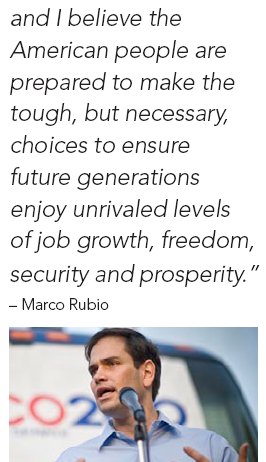 That's the NRSC's wisdom in a nutshell.

Don't give a dime to the NRSC. Instead, please contribute directly to the candidates that desperately need your support in these, the waning days of the most important election of your lifetime.

Drop a few bucks on 'em.

How great would it be to wake up the day after election day and hear that a bevy of Constitutional conservatives are joining Jim DeMint in the Senate.

How great would that be?

Oh, and Mitch McConnell and John Cornyn: I'm not sure you can get with the program.

Prove me wrong. And, if you can't grok the oh-so-hard agenda of limited, Constitutional government, we're going to primary your asses in 2014.

Oh, and that's not a promise. That's as certain as gravity.

You Betcha! I quit sending the NRSC money last year - my money goes directly to the candidate.

I'm so tired of RINOs.

This applies just as well for the NRSC....

It is a really nice fashionable offering...

Yet, O'Donnell is a disaster. Angle seems to be getting it together, but has been weak for sometime.

The priority of stopping the Democrats is lost, and frankly Miller looks like he has similar problems as well:
"Miller vows silence on questions about personal background"

The dreamy IDEAL in image is often just as imperfect.

The idea some of these Republicans in the Senate are not following the 'constitution' like McConnell is an exaggeration - just isn't based on the facts. It reminds one of the fashion weakening Our own side.

No doubt, some are far too moderate. Great to empower sound conservatives when one can.

But it is obvious that anyone in the Senate would naturally support a sitting Senator - Associate in the GOP. Supporting Murkowski, who was highly popular in the State of Alaska, was a natural, also she contributed to the NRSC funds. It is all normal and how the game works. Miller looks like an improvement, we hope it works out.

Sure Crist is lousy, and Rubio is one of the best Candidates we can get, making his replacement a natural. But the others cited aren't as impressive as one would like, and the toss up of risking a loser over these others is a fair question.

Murkowski was rated with a 70% ACU rating, hardly 'egregious'. She isn't wonderful, or wasn't wonderful, but punishment doesn't fit the crime. Murkowski was treated like crap in that primary, mostly via the Tea Party Express and the Palin Franchise, and we only have ourselves to blame for her turning to address her own desires.

Crist is a different story completely.

Castle only voted with the GOP about 50% of the time, but O'Donnell is not going to win. She is a terrible offering, and giving this Seat to the Democrats for 6 long years is utterly foolish.

Being fair, reasoned, honest, objective about the NRSC seems lost, and that isn't conservatism. The Tea Party movement is very healthy, but hardly converting Democrats to anything. We need a Party to empower Our efforts. It always was wise to contribute to sound Candidates.

We can do better for certain, but pushing fashionable overkill is not going to help anyone.

McConnell and Cornyn are not the problem today.

Dude, have the cojones to use your name. I don't mind anonymous posters, but you've been posting for weeks, using the same tired talking points.

What are you doing to help the most conservative candidates possible win?

What are you doing today, tomorrow and every day until election day to save this Republic?

Yes, I have stopped sending them money. I've limited money to the RNC too.

But it is important to realize that the state and local Republican organizations do things that the candidates rely on - things like field operations.

The candidates depend on the local Republicans.

Now, with that said, if the local Republicans (state and local) are liberal, RINO, etc, then they shouldn't get money.

Just like defunding other liberal causes, we need to defund RINO's.