With only a few exceptions (like being admitted to Yale Law School or CalTech) I strongly recommend avoiding student loans. And I wonder — when you’ve got an industry whose prices have skyrocketed on a combination of consumer ignorance and cheap credit, what happens when consumers wise up, and credit gets harder to come by?

And he's warned students for years -- especially law school students -- about getting in over their heads with debt to fund tuition.

Law School Applications Up! But this warning is a good one: "I guess it seems like a good time to retreat from the job market, but law school goes by quickly, and you will be back on that market very soon, with big debts." Yes, it may be a good time to be in school, but — unless the feared hyperinflation actually materializes — it’s not a very good time to be taking on debt. And student-loan debt is some of the worst debt you can take on.

With those admonitions in mind, last week the American Bar Assocation (ABA) basically fessed up and said the same thing.

The American Bar Association has officially issued a warning on its website... The ABA is now making the case to persuade college students not to go to law school. 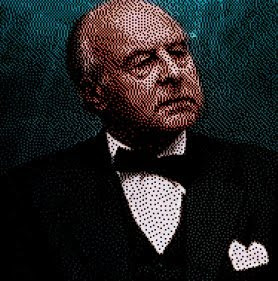 According to the association, over the past 25 years law school tuition has consistently risen two times faster than inflation... The average private law student borrows about $92,500 for law school, while law students who attend public schools take out loans for $71,400. These numbers do not include any debt law students may still have from their time as undergraduates.

Before the recession, the ABA cites statistics that show an average starting salary for an associate of a large law firm of about $160,000 a year. But by 2009, about 42 percent of graduates began with an annual salary of less than $65,000.

And those are just the newbies... Flanagan & Einwohner partner Stewart Einwohner says he has been getting resumes for pro bono work from experienced lawyers.

This particular article is floating around college campuses on Facebook as students warn one another. Word is getting around.