John Boehner to Harry Reid: Here's a lemon to suck on for a while. Oh -- and you're welcome.

Tea Party conservatives still consider the GOP's "old guard" leadership on probation, but this kind of thing is promising. 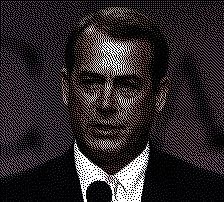 Thank you for reminding us – and the American people – of the backroom deal that you struck behind closed doors with ‘Big Pharma,’ resulting in bigger profits for the drug companies, and higher prescription drug costs for 33 million seniors enrolled in Medicare Part D, at a cost to the taxpayers of $42.6 billion.

The House is going to pass legislation to repeal that now. You’re welcome.

The note comes in response to a letter released on Monday by Senate Majority Leader Harry Reid's (D-Nev.) office, in which the Democrats promise to block a bill repealing benefits within the healthcare law.

I like what I'm seeing thus far. Negotiation? Hell, no.

There must be no negotiation with the Cloward-Piven Statists who took an oath to uphold the Constitution and then promptly dismissed and ridiculed it.

They and their anti-American movement must be demoralized, dismantled and politically crushed.

When you going to pay up, even as a conservative you have made us look bad.

Pay MM the money you jerk.

I hope this is a sign of things to come, the CRAPTASTICS had no interest in bipartisanship when they had control of both houses and the Oval office and they went mad with power, doing things just because they thought they could. No that their stranglehold has been loosened by We the People, suddenly they want the other side to cooperate but they still have no intention of moderating their extreme leftist behavior.

BTW: Love the off-topic comments from people so gutless that they must post as anonymous. Too bad they are too stupid and ignorant to have read your simple rules.

We have video posted of Frank Luntz's interview with some of the GOP Freshmen class.

Zilla, some of us are posting as anonymous because we don't have Google accounts and don't feel like making them. Besides, on the internet, we are all anonymous.

But Doug can expect to keep getting comments from people telling him to pay up until he actually does so. If you had actually read the previous post, you would see that all of his narrowly defined, arbitrary rules have been met.

Creating a Google account is anonymous, quick, and free. Although I doubt that anybody with enough technological dexterity to figure out how to post a comment here doesn't have one, you should take the time and expend the little effort to get an account. We need some way to keep track of all of you typically mendacious leftards who toss inanities about. This isn't a CPUSA or SEIU convention, so we don't appreciate the thuggish, anonymous behavior that your ilk prefers.

skh.pcola, I clicked on your profile and I don't see your real name listed anywhere. You do realize that a screen name is a cloak of anonymity as well, right? How is it any more courageous or less thuggish for you to post under a pseudonym than it is for someone to post as "anonymous?"

While they're at it, J&J is NOTORIOUS for funding studies that further their stockholders. Who pushes for taxing pop with sugar? J&J's PROFITABLE "non" profit Robert Wood Johnson Foundation. RWJF owns 42,343,491 shares of J&J stock. Who owns SPLENDA? J&J. Who paid over half a billion dollars in tobacco-control grants? RWJF. Who paid the ACS and others to lobby to have states and Medicare/Medicaid to pay for nicotine REPLACEMENT products? RWJF. Who OWNS the only over-the-counter nicotine REPLACEMENT? Johnson & Johnson. The patches have a 98.4% failure rate for quitting 1 year or longer and the gum is highly addictive with serious health issues associated. http://www.askapatient.com/viewrating.asp?drug=18612&name=NICORETTE&page=1
I think it's time the government started investigating these pharmaceutical companies and their use of their companies and "non" profit to push their products to please their shareholders. If Big Tobacco funded a study (which they're not allowed to do) that showed smoking bans cause great harm to bars and private clubs financially, how much credibility would anyone place on the study? The same holds true for those who take "tobacco control" funding to "CONCLUDE findings that drive the need for their funders' products. Or "obesity control" groups who make money off findings of studies. How much money has state and federal government been duped out of for patches and gum? Heck they can always claims it was the lack of motivation by the user, right? WRONG. Now we've got obesity police that want to sue McDonalds for their Happy Meal toys. The government needs to step up and start investigating these people, before Ethicon Endo's recommendation that "insurance" pay for THEIR SURGERIES "study" is before Congress. BTW, RWJF also pays "fellows" (8 per year) to place with members of Congress, Congressional Committees (even Michelle Obama) and they write POLICIES. They pay them up to $165,000 a year and give them to Congress to use for FREE. Isn't that ILLEGAL? They write POLICIES? Is this the United States Government? Or is it Big pHARMa's government? I'm beginning to wonder.

J&J is NOTORIOUS for funding studies that further their stockholders. Who pushes for taxing pop with sugar? J&J's PROFITABLE "non" profit Robert Wood Johnson Foundation. RWJF owns 42,343,491 shares of J&J stock. Who owns SPLENDA? J&J. Who paid over half a billion dollars in tobacco-control grants? RWJF. Who paid the ACS and others to lobby to have states and Medicare/Medicaid to pay for nicotine REPLACEMENT products? RWJF. Who OWNS the only over-the-counter nicotine REPLACEMENT? Johnson & Johnson.