Unlike Tricky Dick Nixon, Obama Wears His Enemies List On His Sleeve

But the Tea Party is not alone. The man who "acts more like a dictator than a President" has a far wider-ranging enemies list than meets the eye. The following parties are by no means meant to comprise an exhaustive listing, but are simply representative of a troubling mindset, which -- unfortunately -- appears to be shared by many in the Democrat Party. Taxpayers and the private sector are to be hated and vilified, while only government is infallible. That is how they justify the continual growth of government, of regulations, of bureaucracies, no matter how many times they fail in catastrophic ways. 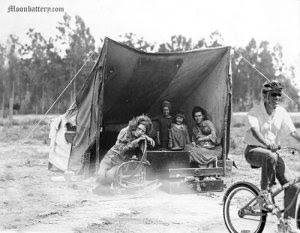 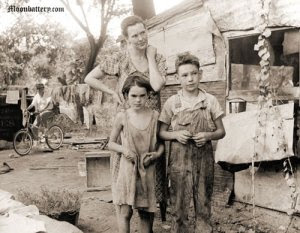 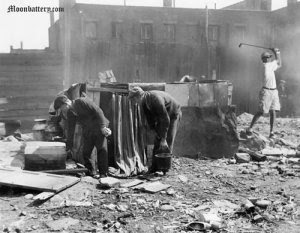 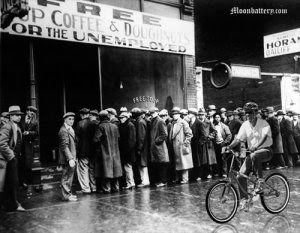 Seeing as how these are the same guys who support card check -- ending the secret ballot for union elections -- you get a sense for just how desperate the Democrats have become. Coincidentally this attack marked, almost to the day, the anniversary of Obama's first directed assault against the Chamber.

The AFP's response was a good one: "The farcical attack by President Obama against Americans for Prosperity and our 1.3 million citizen activists is the sign of a desperate administration that is losing the battle to patriotic Americans who oppose Mr. Obama's radical agenda, and who are committed to defending their liberty... The Obama cronies are seeking the names and addresses of Americans for Prosperity donors for one reason: Revenge. All Americans should be threatened by this carefully planned maneuver. They could come after you next."

• Health Insurers: "...the Obama administration called on health plans to stop 'misinformation and scare tactics' about the healthcare reform law... The administration's letter to America's Health Insurance Plans comes after several health plans told customers that they were raising rates in part because of the new law. In it, Health and Human Services Secretary Kathleen Sebelius warned: 'I want AHIP’s members to be put on notice: the Administration, in partnership with states, will not tolerate unjustified rate hikes in the name of consumer protections.'"

• Companies that provide health insurance benefits to employees: "Secretary of Health and Human Services Kathleen Sebelius says a report in the Wall Street Journal that McDonald's may drop its limited benefits health insurance plans for 30,000 workers is 'flat out wrong.' "

But this week it became clear that the story was completely accurate and it was Sebelius, in fact, who had been caught lying again: "As Obama administration officials put into place the first major wave of changes under the health care legislation, they have tried to defuse stiffening resistance from companies like McDonald's and some insurers by granting dozens of waivers to maintain even minimal coverage far below the new law's standards."

• Drug Companies: "Obama has said he will hold drug and insurance companies 'accountable for the prices they charge and the harm they cause.' And he has promised to allow Medicare to negotiate with drugmakers for cheaper prices... With less revenue from Medicare, drugmakers may begin charging more for drugs sold outside the program. And lower profits mean less money for R&D - and a reduction in the amount of new drugs on the market in the future..."

• Coal Companies: "Environmentalists are a very important voting bloc for the Democratic Party, and they earnestly believe that coal is evil, despite the fact that it generates half of the country’s electricity. That’s why President Obama promised, while campaigning for the Oval Office, to 'bankrupt' the coal industry. He has since unleashed the EPA to fulfill that promise..."

• Doctors: "Obama offered this example of how doctors make decisions under the current system instead of doing what's in their patients' best interests: 'Right now, doctors a lot of times are forced to make decisions based on the fee payment schedule that's out there. So if they're looking and you come in and you've got a bad sore throat or your child has a bad sore throat or has repeated sore throats, the doctor may look at the reimbursement system and say to himself, {You know what? I make a lot more money if I take this kid's tonsils out.}' ...Does Obama really think pediatricians knowingly order unnecessary tonsillectomies... Isn't this a rather casual slander of a lot of doctors? And in any case, is this what's driving up health-care costs? It's probably as likely health-care costs are high because hospitals have too many vice presidents for government relations making $300,000 a year."

• Fox News: "In a town hall meeting in St. Louis on April 29, Obama was asked about fiscal discipline and entitlement reform. In his response, he took a shot at the Fox News Channel and the tea party movement... "

Only one question remains -- what area of the private sector -- aside from the slip-and-fall attorneys -- isn't hated and vilified by the Obama Democrats?

Can we ban the Democratic Party from doing any more harm forever now?

Hillary Clinton actually swiped some FBI files illegally, the Clintons seemed to use to the IRS to harass their critics in the most overt manner.

Nothing changes, and even recently Nancy Pelosi declared that Food Stamps are the best method to grow an economy, jobs, prosperity, etc.

It is the DNC Swindle sinking all.

That was a really good post. It helped me to make sense of some of the issues with the subject.

Loquat is for cough and lung in Chinese medicine. Sometimes i would take the Ninjiom Pei Pa Koa which is an extract of loquat when got scratchy throat.