Within hours of the shootings in Tucson, Pima County Sheriff Clarence Dupnik made the questionable decision to appear on as many national television programs as possible. In each appearance, he made the rather bizarre assertion that talk radio, the Republican Party or other dark forces motivated young Loughner to commit mass murder. These statements were completely unfounded and Dupnik admitted as much when pressed.

Furthermore Dupnik actually confessed that Loughner had made prior death threats against a person who was not Rep. Giffords.

What the The Cholla Jumps site is alleging – and which has not yet been confirmed- is the following:

Jared Loughner has been making death threats by phone to many people in Pima County including staff of Pima Community College, radio personalities and local bloggers. When Pima County Sheriff’s Office was informed, his deputies assured the victims that he was being well managed by the mental health system. It was also suggested that further pressing of charges would be unnecessary and probably cause more problems than it solved as Jared Loughner has a family member that works for Pima County.

The question is, is this true?  We don’t know – yet – but it’s certainly plausible.

Indeed. And we can validate elements of the back-story to help determine veracity. Consider this claim from the Cholla story: "Amy Loughner is a Natural Resource specialist for the Pima County Parks and Recreation."

This appears to be a true statement.

Her name is listed in several places around the web as affiliated with Pima County.

Amy was married to Randy Loughner in 1986.

Who is Randy Lee Loughner?

An unconfirmed report describes him as also affiliated with local government, working in -- of all places -- "Child Protective Services."

The question arises, in part because of the sheriff's odd behavior: did the fact that one or both parents worked in local government allow them to "pull strings" to protect a troubled child?

Karl Denninger thinks that is a distinct possibility. 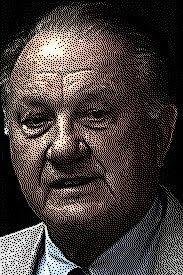 What's your response to this Mr. Dupnik?  A bit of truth comes out, eh?  Exactly how many felonies did you decline to investigate and prosecute?   Are you going to slink away from the white-hot light of truth or will you "man up" and admit that your scurrilous allegations were disseminated simply to try to save your own hide from the entirely-appropriate wrath at the ballot box that is certain to ensue come next election?

The suspect didn't just post one threat on an Internet forum and there wasn't "just one" incident - it's alleged here that he made multiple death threats against the staff of the college he was ejected from, radio personalities and local bloggers.

Each and every one of those threats was an offense and had just one of them been prosecuted it would have resulted in the suspect being blacklisted in the NICS database - and thus he would not have been able to buy the gun he shot the people in Tuscon with.

And before you go off on this guy and his blog being some sort of nut, here's the credentials from his page:

James Kelley is a native of Tucson, born here in 1961. A Navy veteran, he graduated twice from the Defense Language Institute in Monterey CA majoring in Albanian and Persian-Farsi. He was a Balkan area, Middle East North Africa, Southwest Asia, and Gulf Area analyst for the Naval Security Group and the National Security Agency. He received his Bachelor of Science in Sociology from the University of the State of New York, Albany. Since leaving the service he has worked as a premium cruise line representative, telecommunications specialist, real estate broker, and as a substitute teacher in local school districts... Presently, Mr. Kelley is a contributing columnist for the Arizona News-Telegraph and the Executive Director of SocialNetworkingWatchdog.Org, a 501(c)3 non-profit organization dedicated to educating youth and seniors on personal security while using social networking.

Does Arizona have a recall process for so-called "elected officials" who behave like this and refuse to accept responsibility for their conduct - including but not limited to blaming others for their own failures that result in the death of innocent people?  How about some sort of impeachment procedure?  If you don't, you need both - right now.

Best-a-luck in the next election Sheriff.  You're gonna need it.

Perhaps some "professional journalists" could actually "investigate" this matter if they could take time away from inventing new lies about Sarah Palin.

Sheriff Dupnik partially confirmed the death threats in a reuters story as well.
http://www.reuters.com/article/idUSN0824904120110109
In case the article disappears down the memory hole here is the relevant paragraph:
"Jan 8 (Reuters) - The suspect in Saturday's shooting rampage in which a U.S. congresswoman was critically wounded was unstable and had been known to make death threats in the past, the local sheriff said."

I would say that the story is fairly well confirmed, even Dupnik HIMSELF confirmed part of it.

This is from an AP story
"Randy Lougher apparently has not worked for years — at least outside his home. One thing he did do was fix up cars. Gayan said he had three "show cars" and two of Jared Lougher's friends said he bought a junker '69 orange Chevrolet Nova and made it pristine. "

Hi, just a reminder on recall petitions in Arizona. The answer is YES!

Given his age and this ongoing controversy, I doubt that Sheriff Dupnik will run for reelection. He will, however, retire with a full benefit package.

Punishment or recall? You're dreamin'.